BKW to assume more corporate responsibility in the future 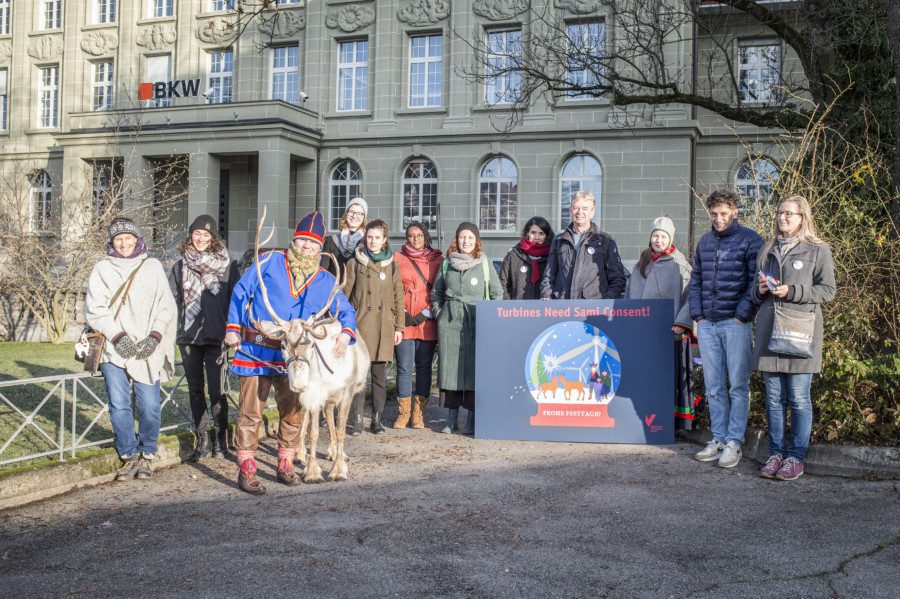 In January 2020, the STP submitted a complaint to the National Contact Point of Switzerland (NCP) for the OECD Guidelines for Multinational Enterprises. The catalyst for this was BKW’s participation in the “Fosen Vind” wind power plant in Norway. Part of the plant was being built on one of the most important reindeer winter pastures for the local South Sami community. According to the STP, this violated Indigenous rights. The STP and BKW have now concluded the arbitration process, which has lasted several months. As a result, BKW is taking its initial steps towards protecting the rights of Indigenous communities and improving due diligence. It has now anchored the right to Free, Prior and Informed Consent (FPIC) in its internal guidelines. The company is also implementing break clauses that will provide an exit mechanism from a business relationship in the event of a violation of human rights standards. In addition, BKW will establish effective and low-threshold complaints mechanisms at project level.

The STP welcomes BKW’s willingness to take on more corporate responsibility and expects consistent implementation of these new instruments. “BKW’s decision to take greater account of human rights in connection with the international promotion of renewable energy is a clear signal to the entire energy sector”, says Tabea Willi, campaign manager at the STP. “It shows that even the so-called ‘green economy’ must respect human rights. The energy transition must not be at the expense of Indigenous communities.”

For the local reindeer husbandry community, the damage has already been done. The “Fosen Vind” wind power station consists of six sub-sections, some of which are built on their reindeer pastures. The construction work was completed in summer 2020 and experience so far shows that the wind farm – contrary to the claims of the operating company – has had a strongly negative impact on the reindeers, who now generally keep their distance from the area. Arvid Jåma, a member of the herding community affected, says: “Our sustainable reindeer herding is being pushed out in favour of a so-called ‘green transition’. This is absurd.” The local South Sami community protested against the construction of the wind turbines until the very end. They filed complaints against the investor consortium “Fosen Vind” at national as well as international level. Currently, Norway’s highest court is deliberating on the legality of the construction permit and the level of compensation to be paid.