New film and report by the STP 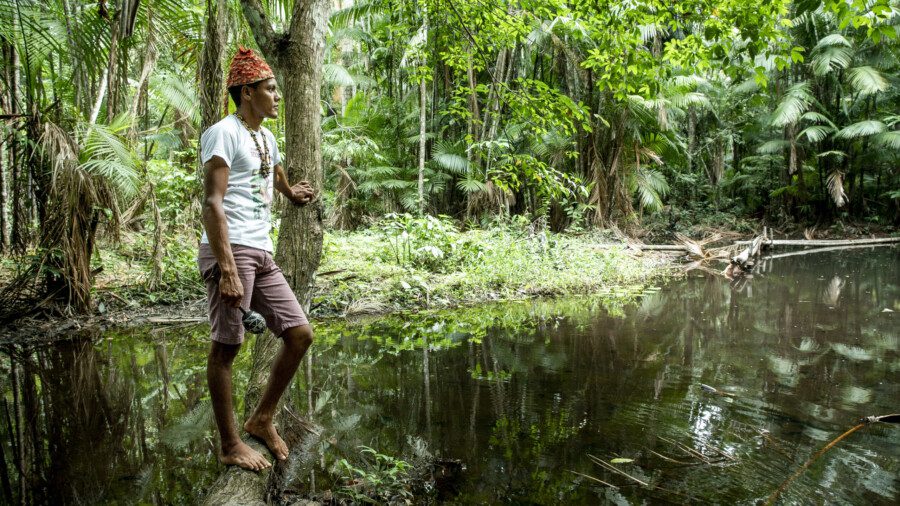 In the Brazilian Tapajós, several infrastructure projects threaten the livelihood of indigenous communities. A water project is planned consisting of a waterway, seven large dams and 29 small hydroelectric power plants, and a railway line about a thousand kilometres long. They are supposed to transport goods such as soya and beef abroad faster and cheaper.

Those who would suffer most from the projects are the indigenous communities. “These projects will bring nothing but destruction for us. We will lose everything: our culture, our language, our customs,” says Juarez Munduruku. He and Alessandra Munduruku visited Switzerland this week. Because by financially participating in companies interested in building the projects, Swiss banks are also complicit in the exploitation of the Amazon!

To draw attention to the devastating effects of the planned projects, the STP has published a report and produced a documentary film in cooperation with a Brazilian filmmaker.